​Elena founded Equal Access and Associates in 1992 and currently serves as their CEO. Elena was born blind and was diagnosed with Glaucoma with Cataracts when she was 5 weeks old.

She obtained her BA degree in Psychology from California State University San Diego in 1977. She entered the blindness field as a professional when she began working at the San Francisco Lighthouse in the fall of 1977 and moved on to the State Department of Rehabilitation in the spring of 1978.

Over the past 40+ years, Elena founded a nonprofit organization, Tri Visual Services, (TVS) in 1984. She served as their President and Executive Director for 17 years. In 1992, she started Equal Access & Associates, LLC and has been serving the blind community ever since.
Elena has authored several books including “12 Steps to Living with Low Vision” and “12 Steps to Blind Etiquette”.

She lives in Citrus Heights and is a mother of one son Robert Horwedel. In her free time she enjoys reading, playing cards, music, cooking and entertaining. She particularly loves spending time with her family and friends. 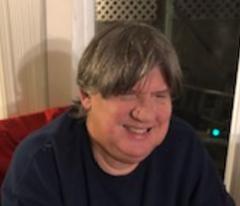 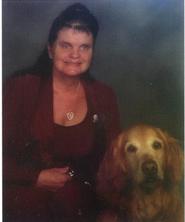 Michael S. Dunne has been  legally blind  and partially sighted since the age of eleven due to Stargardt’s Disease--a juvenile form of Macular Degeneration. Mr. Dunne is presently serving as the President of Equal Access and Associates, a Citrus heights-based consulting and training company which has been empowering the blind since 1992.

A former community organizer and legislative advocate, Mr. Dunne holds advanced degrees in International Relations and Communications as well as a Law degree. He loves to teach and is, in fact  a  former college instructor of Substantive Law, Paralegal Studiesand U. S. History.